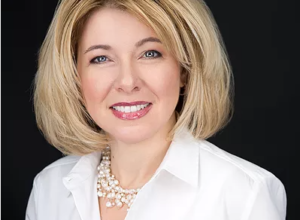 AMDC’s Vice-Chair Jodi Gaines, Chief Client Officer at Insight One Financial, says she believes this type of event is invaluable for those aiming to provide effective leadership.

“As mortgage professionals, and especially as leaders, it’s important to understand the impact our communication has on others,” Gaines said. “When diversity and inclusion are present and everyone is heard, an emotional connection is triggered.”

Gaines invited Samantha Tassone, President and Founder of GrowthFuel LLC, to lead a session, during which Tassone facilitated a discussion about the best ways to approach sensitive diversity-related situations in the workplace.

“The presentation Sam provided gave each participant many relevant tools on how to show up and how to have a positive engaging dialogue,” Gaines said.

A strategist, facilitator, speaker, and performance coach, Tassone has contributed to Forbes and NPR, and she has testified in front of the U.S. Congress on gender intelligence in order to help assess challenges that women face in the workforce and identify solutions to address them, according to AMDC Chair Lola Oyewole, VP and Human Resources and Chief Diversity & Inclusion Officer at Ocwen Financial Corporation, who introduced her.

Tassone acknowledged the complex issues facing society today—including COVID-19, the presidential election, and Black Lives Matter—which, she says, has led us to a worldwide dialogue around diversity, race, and social justice.

“It’s important now more than ever to be able to navigate that conversational space and be able to create social and emotional bonds for each social exchange that we step into personally and professionally,” she said. “The real work that needs to be done around inclusion is really around leadership behavior.”

She delved into “brain-based science” behind more confidently navigating these social exchanges.

Our lives, she said, are both personally and professionally “defined by the conversations we can and cannot have.”

She addressed various natural implicit human cognitive biases, such as “similarity bias” (in which we instinctively agree with something/someone that feels familiar), which “can really hurt us because we move too quickly with a cognitive bias . . .and we don’t take time to look at the details or affirm things that might be outliers in that decision making.”

She also explains “distance bias,” which, she said, “we tend to prefer, as humans, things that are closer to us versus things that are farther away from us. From a team perspective, we tend to embrace and engage more proactively with the team that’s in front of us, versus the team that might be, [for example], across the pond.”

Biases are not necessarily bad or good, she added, but something about which leaders, especially, should be aware.

Tassone led breakout sessions in which participants practiced “bad” conversations in hopes, she said, that they walk away with skills that they did not previously possess.

By the end of the session, several participants weighed in to say they had shared experiences and employed found knowledge in their respective hypothetical situations.

“Overall, I was pleased with the outcome of the Fall Member Meeting,” said Oyewole following the event. “Samantha’s workshop was engaging and insightful. It made me think about inclusion in a deeper way which will be beneficial.”

Tassone concluded with more brain science, explaining how positive interaction produces a feel-good hormone called oxytocin. Conversely, when one experiences the feeling of being overpowered by, for example, a superior or coworker, they tend to feel “triggered,” due to a “cortisol hit,” which “creates distance in a conversational space.”

There are choices to make, she said, “and it’s really about understanding what those choices are, and how the brain works.”