Black Americans own a disproportionately small number of homes in each of the country’s 50 most populated metropolitan areas, according to a study authored by LendingTree’s Chief Economist and VP Tendayi Kapfidze.

People of color face frequent setbacks when it comes to achieving homeownership (even in areas with a large Black population) a factor that plays heavily into determining overall wealth.

“Racial income inequality is a major issue in the United States and, as a result, Americans of different races often face varying economic outcomes based on the color of their skin. This is especially true for Black Americans, who are among the most economically disadvantaged groups in the U.S.,” Kapfidze wrote. “To illustrate these findings, LendingTree ranked the nation’s 50 largest metros by the difference in the percentage of owner-occupied homes owned by Black homeowners and the overall population of Black residents in each metro.” 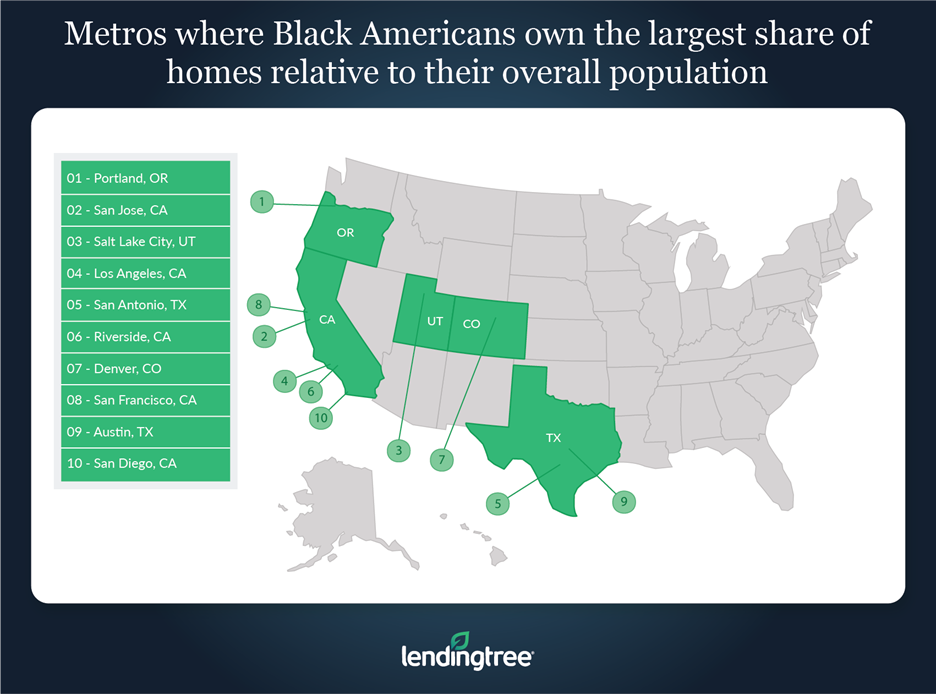 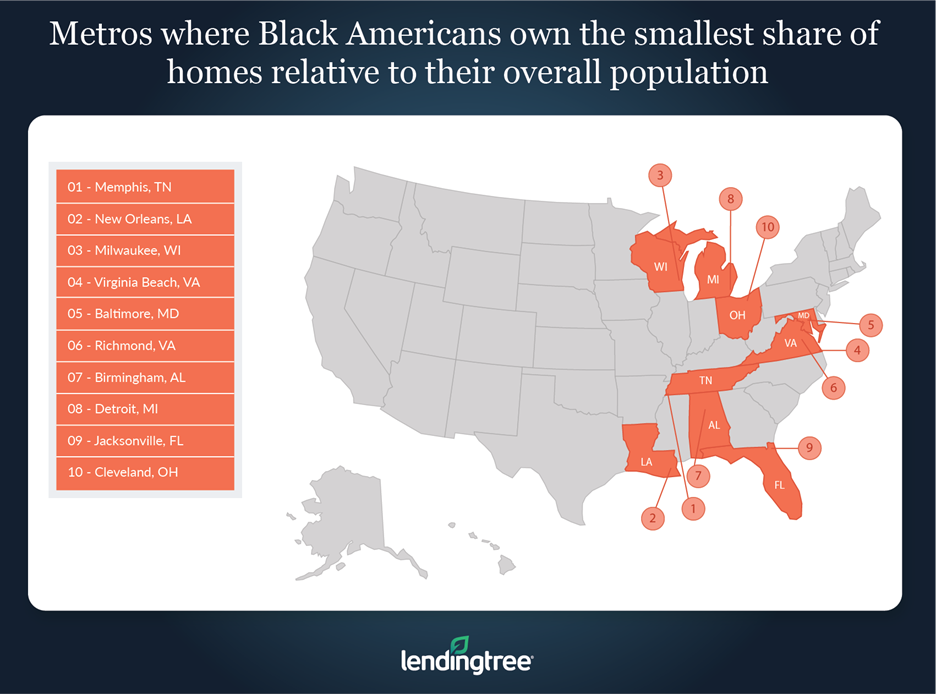 Lending Tree found that Black Americans make up an average of more than 15% of residents in the metros featured in LendingTree’s study, but they own just 10% of owner-occupied homes. With a few exceptions, Black residents tend to own the fewest number of homes relative to their overall population in metros with larger overall Black populations.

The study found that Portland, Ore. is home to the largest percentage of Black homeowners relative to the market’s total population.

“In Portland, residents who identify as Black own only 1.8% of the owner-occupied homes in the area, but they make up 2.84% of the city’s population, resulting in a disparity of 1.04%,” according to the report.

On the other end of the spectrum, Memphis, Tennessee has the smallest percentage of Black homeowners relative to the city’s overall population.

In Memphis, Black residents comprise 47.07% of the total population and are the largest racial group in the area, according to Census Bureau data. However, according to LendingTree, they own only 35.11% of occupied housing units in the area, resulting in a disparity of nearly 12%.

What is the cause of this situation? Black Americans reportedly, on a large scale, earn lower incomes, and generally have less household wealth than Americans from other racial groups, according to government data.

“They also have greater difficulty accessing credit even when their incomes are the same as applicants of different races, and are more likely to be denied a mortgage,” Kapfidze reported. “Furthermore, the legacies of historical policies meant to disenfranchise Black homebuyers, like ‘redlining’, also contribute to the disproportionately low homeownership rates among Black Americans today.”