Black homeowners face more foreclosures, more tax liens, and higher unemployment rates than their non-Black counterparts—a New York City-based project powered by data and artificial intelligence revealed these racial disparities in homeownership. The collaboration between SAS Advanced Analytics and Center for NYC Neighborhoods (CYNC), which advocates for aspiring and existing homeowners in the city, occurred at a “critical time, as the COVID-19 pandemic continues to disproportionally affect Black communities,” the collaborators said in an announcement.

“Our collaboration with SAS demonstrates the power of analytics to unearth trends that can be used to empower Black communities at a time of urgent discourse around systemic racism,” Christie Peale, CEO/Executive Director of the Center for NYC Neighborhoods said. “The findings will be used by the Center’s Black Homeownership Project to design new programs and to advocate for policy changes that can help to close the racial wealth gap.”

The center launched the Black Homeownership Project as a way to help advocate for policies that break down barriers to Black homeownership and close the racial wealth gap, according to Peale.

The project has revealed that in the decade following the 2008 financial crisis, Black homeownership in New York City dropped considerably: “There were at least 20,000 fewer Black homeowner households in 2017 than there were in 2005. With the devastating economic impacts of the COVID-19 pandemic, compounded by historic barriers to Black homeownership, this rate could drop even more.”

Contributors to the project included data scientists and analytic volunteers—including many members from SAS’ employee diversity and inclusion groups—who joined the Center to analyze NYC housing data. Some of them express a personal investment in the initiative.

“I’ve seen some of this firsthand,” explained SAS Project Manager Sheri Grice. “Growing up, I saw for myself I was not going to be a homeowner in New York. It was not attainable. From just seeing my peers and my peers’ parents and what they went through, I knew the only option for me was to leave.”

The study found that neighborhoods with a higher proportion of Black and Hispanic homeowners have lower home values even when home age and square footage are the same. It also revealed that the total cost of acquiring home purchase loans is higher for Black and Hispanic borrowers than for other races, even when controlling for differences in down payment and home value.

The collective and ongoing research, Peale says, will be used to promote targeted, data-driven policies that could reduce some of the roadblocks faced by communities of color.

“[It] demonstrates the power of analytics to unearth trends that can be used to empower Black communities at a time of urgent discourse around systemic racism,” he said.

He added that financial institutions will be able to make use of the project’s AI-powered data analysis.

“Financial institutions play a critical role in closing the racial wealth gap, and these findings could support their efforts to implement more data-driven policies,” read a release from the CYNC. “Through partnerships with nonprofits and other organizations, financial institutions can provide key lending decision data to identify similarities and disparities among various groups. And by applying advanced analytic technology to these important datasets, organizations like the Center can more quickly identify inequalities and take action to protect these communities.” 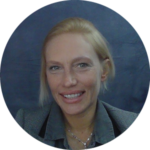 Christina Hughes Babb is a reporter for DS News and MReport. A graduate of Southern Methodist University, she has been a reporter, editor, and publisher in the Dallas area for more than 15 years. During her 10 years at Advocate Media and Dallas Magazine, she published thousands of articles covering local politics, real estate, development, crime, the arts, entertainment, and human interest, among other topics. She has won two national Mayborn School of Journalism Ten Spurs awards for nonfiction, and has penned pieces for Texas Monthly, Salon.com, Dallas Observer, Edible, and the Dallas Morning News, among others.