When it comes to gender and homeownership, single women are more likely than single men to own a home in each of the nation’s 50 largest metros.

“It’s difficult to pin down what’s behind the gender gap in homeownership rates,” said the LendingTree report. “There is some evidence to suggest that single women prioritize owning a home more than single men do, which could help explain why they’re more likely to buy houses. That being said, the studies and surveys conducted on this topic are far from conclusive and other factors could be at play.” 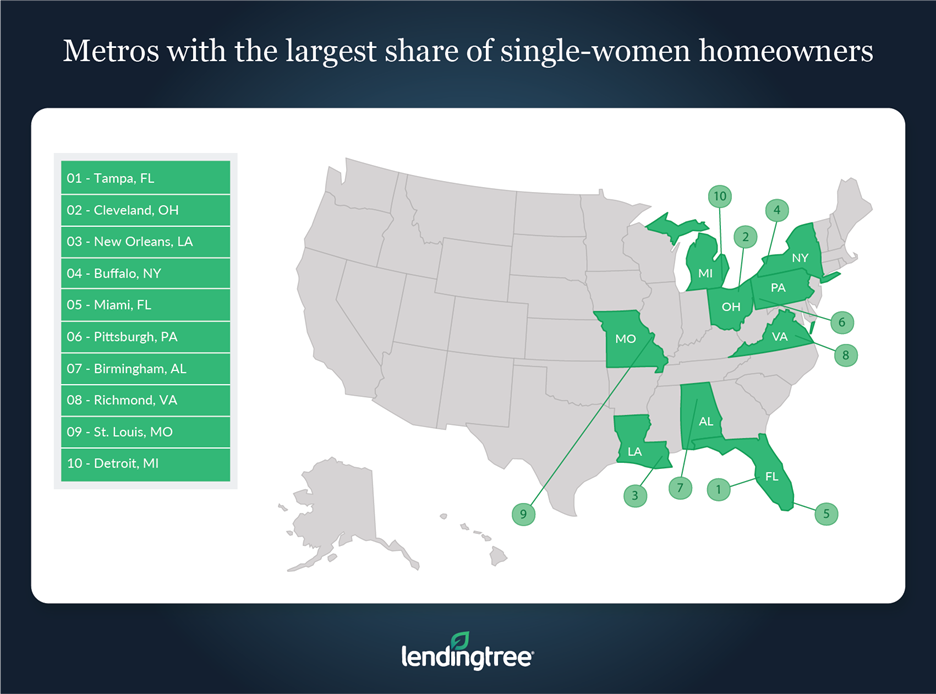 Tampa, Fla. was the metro with the largest share of single-women homeowners, with 787,384 owner-occupied households, 16.83% of those were owned and occupied by single women and 11.63% by single men, a difference of 5.2%.

In the Cleveland metro area, among the listed 559,157 owner-occupied households, 16.2% were owned and occupied by single women, with single men comprising a share of 11.66%, a gender gap difference of 4.54%.

The Las Vegas metro has the smallest gap in homeownership rates among single women and men of just 0.45%. Single women still led the charge with a 12.36% share of the region’s 421,252 owner-occupied households, while single men accounted for an 11.91% share, a difference of approximately 1,900 homes total. 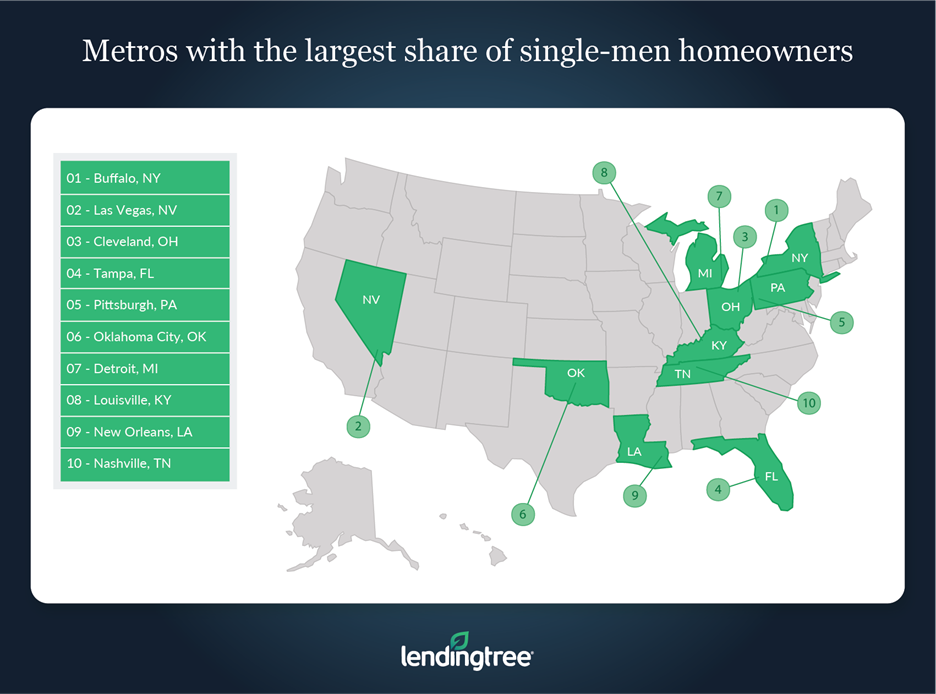